Good morning to Chief Rev. B.Sri Saranankara Maha Thera, the secretary of Supreme Patriarch of Thailand- Venerable Phra Julakanisson, Rector of Dharma Buddhist University- Man Ben Master, all the Sangha members from Malaysia, Myanmar, Sri Lanka and Thailand, relatives, friends and all Waki Family members. Today is an auspicious day that we are honoured to be present at the enshrinement of the Buddha and his disciple’s relics in the Waki Acrylic Relic Pagoda Ceremony. 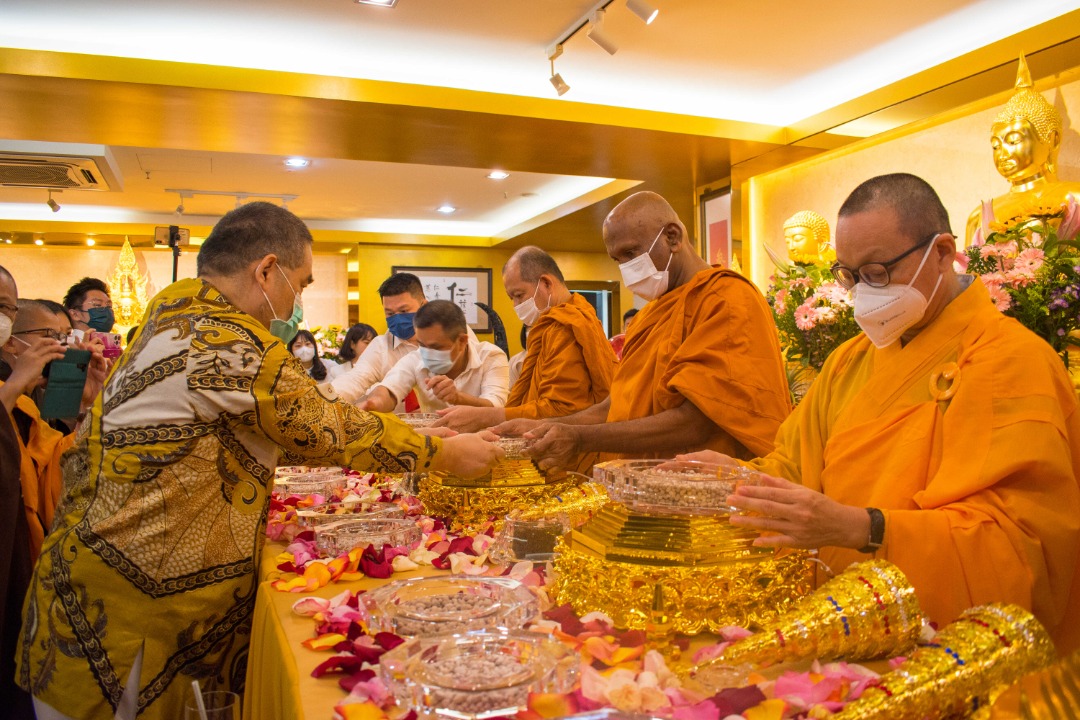 My heartfelt thanks that we had met the late Sayadaw U Kittivara, who was so trusting and supportive us during his lifetime. Therefore, we will carry out the Relic Missionary works continually and fulfill the wishes of the late Sayadaw on preserve and enshrine the Buddha and His Disciples’ relics for flourish and prolong the Buddhism into another 2,500 years. In these 3 years, Waki Relic Musuem and Parami Temple, Myanmar have been working together to build one unit of 450kg of Relic Pagoda and 13 units of 350kg of Relic Pagoda. Meanwhile, we have enshrined 350 units of 3D Waki Pagodas in the temples around the world including in Bodh Gaya, India, the Buddha gained his enlightenment, and temples in UK, Los Angeles USA, Belgium,Sweden, Germany, Indonesia, Sri Lanka, Philippines, Thailand, Cambodia and so on. 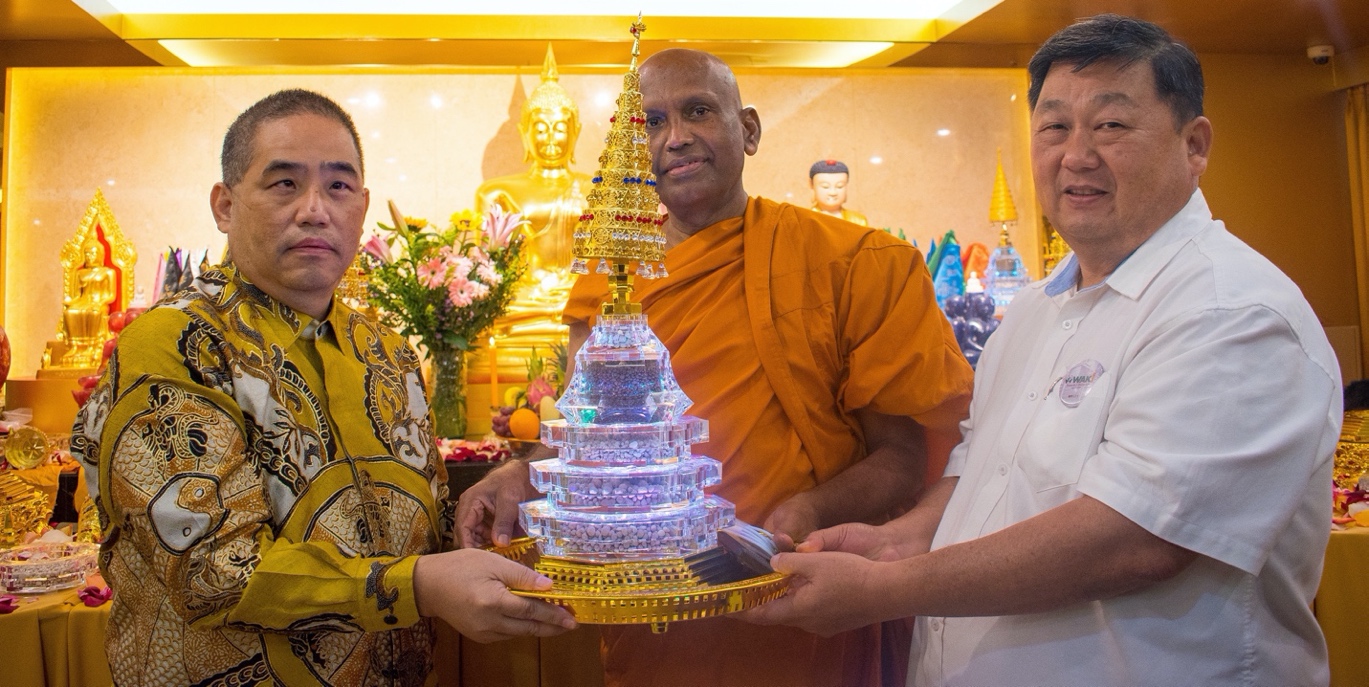 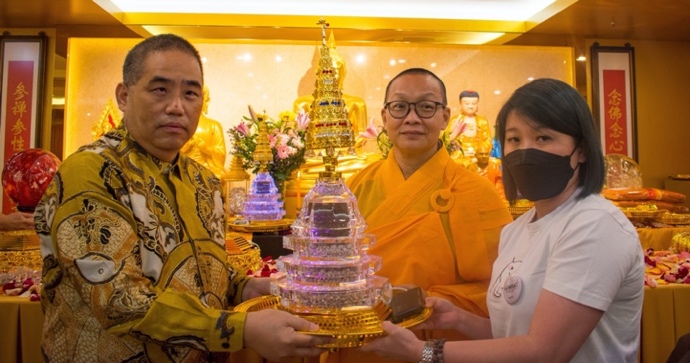 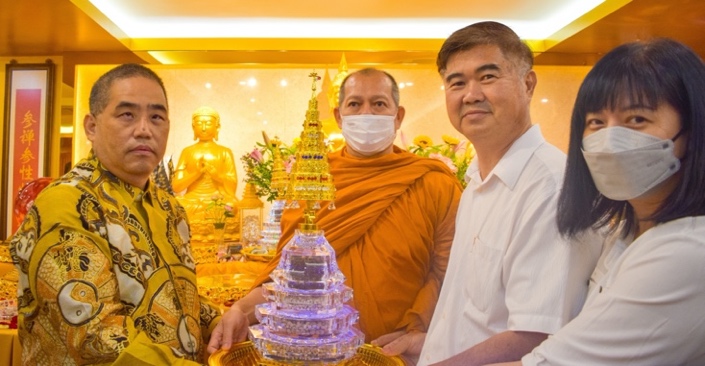 Besides, on 17th June, we enshrined the first 36cm height of Waki LED Aryclic Pagoda for Pope Francis in Vatican, Italy. Meanwhile, similar enshrinement was done for Venerable Somdej Phra Mahaphratirakorn (Board member of the Sangha Supreme Council of Thailand Abbot of Wat Pho, President of the Regulatory Office for Overseas Dhammaduta Bhikkhus.) Later on July 20th, Waki Relic Musuem enshrined the 75cm height of LED acrylic Waki Relic pagoda for His Holiness Bhaddanta Dr Kumārābhivamsa (Bhamo Sayadaw), the Supreme Patriach of Myanmar and His Holiness Bhaddanta Lābāvata (Yelea Sayadaw) , consultant of the Sangha Supreme Council of Myanmar. On July 21st, we also enshrined the Waki Pagoda in Wantyaetyae Temple to commemorate the late Sayadaw U Kittivara. On Aug 31st, we enshrined the Waki LED Acrylic Relic Pagoda for his holiness Somdet Phra Ariyavongsagatanana IX (The Supreme Patriarch of Thailand).

Now, Waki Relic Musuem will be presenting fifty-three the Buddha and his disciple’s relics in the Waki Acrylic Relic Pagoda for the enshrinement in Philipines, Malaysia, Sri Lanka, Myanmar, Thailand. In the following day, Waki Relic Museum will enshrine Waki Relic Pagoda in the temple around the world continuously until complete the enshrinement of the 84,000 Waki Relic Pagodas. From the history, King Ashoke collected the Relics from the big eight pagodas, then built 84,000 pagodas to preserve and enshrine the Relics in order to flourish the teaching of Buddhism and bequeath the future generations the chances to enshrine and pay respect to the Buddha Relics. Therefore, I hope we will continue this missionary efforts together to flourish and propagate the Buddha sasana to another 2500 years.

Lastly, I would like thanks to Chief Rev. B.Sri Saranankara Maha Thera, the secretary of Supreme Patriarch of Thailand- Venerable Phra Julakanisson, Rector of Dharma Buddhist University- Man Ben Master, all the Sangha members visit Waki Relic Musuem and give us the blessing. Besides, thanks to all the guests takes your time for participate and witnessing the ceremony. I wish all of you have good health, wisdom, good business and wish be fulfilled and free from the disaster. Sadhu Sadhu Sadhu. 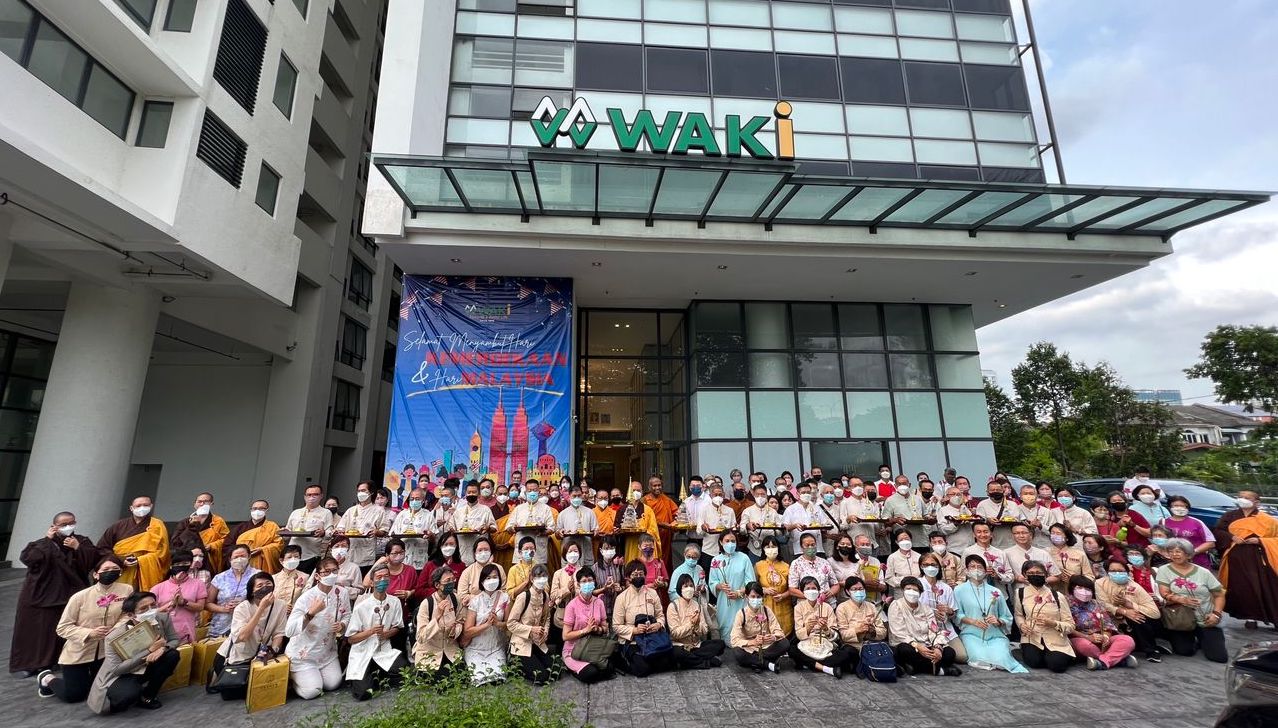